Montecito Medical, a premier owner of medical office properties throughout the U.S., has completed the acquisition of Perimeter Center Commons, a medical office complex located at 17300 North Perimeter Drive in North Scottsdale, Arizona, in the Phoenix metro area.

The two-story, 47,322 square-foot building is 100% leased. United Urology Group serves as the property’s anchor tenant. Irgens, a national real estate firm with medical and office assets throughout Phoenix was the seller. The company developed Perimeter Center Commons in 2019 and will continue to manage the property.

“This outstanding asset has all of the key attributes we look for in strategically acquiring medical office properties,” said Bryan Brown, Senior Vice President of Acquisitions at Montecito Medical. “It’s a nearly new, state-of-the-art building, with well-established and respected medical tenants and a favorable location in one of the most attractive submarkets of one of the nation’s most attractive cities for medical real estate investment. We are very pleased to add the Irgens-developed Perimeter Center Commons to our portfolio.”

United Urology Group, which leases 52% of the building’s space, is the dominant specialty practice in the area, with additional locations in Glendale, Mesa, Arrowhead and Peoria. The group, whose primary focus is Arizona, is part of the nation’s largest network of urology practices, with approximately 220 physicians, 50 advanced practice practitioners, and six affiliate groups across Arizona as well as in Colorado, Tennessee and Virginia.

“Irgens has a proven track record of developing and managing high-quality real estate assets in the Phoenix market,” said Derek Flottum, Vice President and Irgens’ Arizona Office Team Leader. “The sale to Montecito Medical is good for our investors and our owner-occupiers. We look forward to capitalizing on this success as we grow and expand with several more shovel-ready sites underway for 2022.”

Perimeter Center Commons is advantageously situated in North Scottsdale, about 13 miles north of downtown Scottsdale, just off the Highway 101 loop and near Scottsdale Airport.

North Scottsdale is an affluent suburb that is part of the 11th most populous MSA in the United States. In 2020, the U.S. Census Bureau documented Phoenix as the fastest growing city in the country for the fourth consecutive year.

The Perimeter Center Commons acquisition continues the expansion of Montecito’s footprint in the market area. In the past year, the company has acquired three other medical office properties in the greater Phoenix metro area.​​​​​​

“We have deployed a significant amount of capital in the Phoenix area, and we continue to be attracted by the medical office opportunities here,” said Montecito CEO Chip Conk. “We look forward in 2022 to helping even more physician groups in Arizona make the most of their real estate.”

About Montecito Medical
Montecito Medical is one of the nation’s largest privately held companies specializing in healthcare-related real estate acquisitions and partnering with physicians and developers to fund development of medical real estate. The company also supports providers with a suite of AI-powered technology solutions that increase revenues, reduce costs and build physician wealth. Since 2006, Montecito has completed transactions involving more than $5 billion in medical real estate. Headquartered in Nashville, TN, the company has been named for five consecutive years as a “key influencer in healthcare real estate” by GlobeSt.com and the editors of Real Estate Forum. For more information, please visit www.montecitomac.com. Go Back 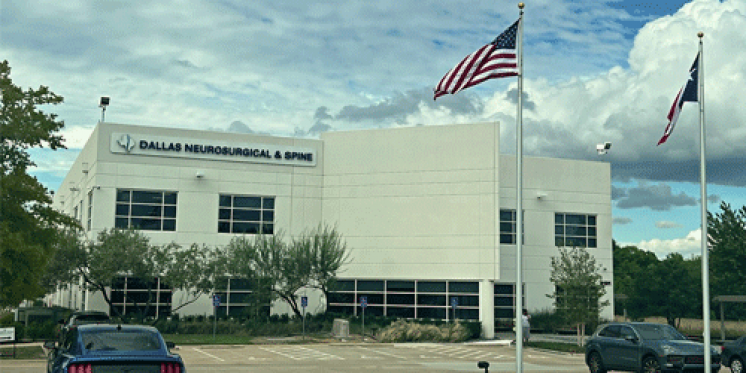